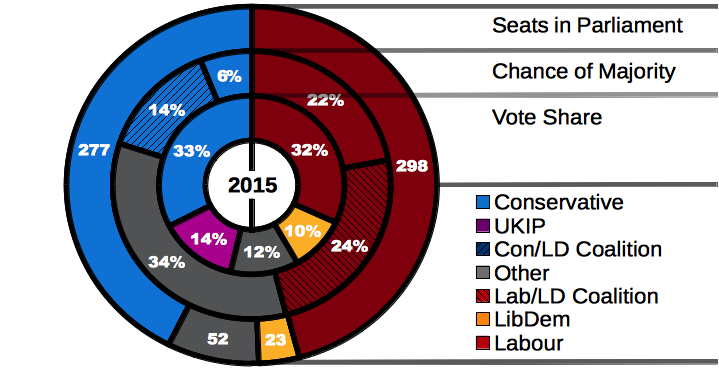 Labour had been building up a little steam in the prediction recently, but they've slipped back. This is primarily because of a new Scotland poll that increases the SNP's chances of gaining seats from Labour in the model.

This shaves points off both Labour Majority and a Lib/Lab Coalition chances. However, what it doesn't yet do is produce a significant chance of SNP being part of a coalition. Part of this is because the model does revert the SNP's polling boost a bit, under the revert to mean assumption applied to all polling.