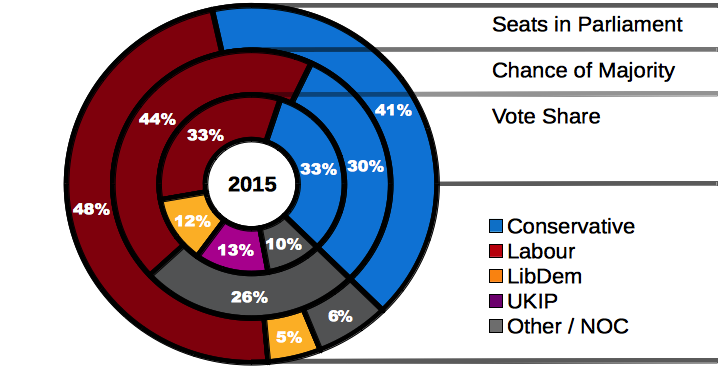 This halloween polls made scary reading for Labour, SNP taking more seats in Scotland*, one poll even putting the Conservatives one point ahead, but how does the model digest them? Well, it still predicts Labour as largest party, just with a mildly reduced chance of majority.

The consumer confidence component also means that when GFK/NOP's consumer confidence index went from -1% to -2% today, Labour actually had a minor uptick in the prediction against one run yesterday. Remembering of course, that "Reversion to the Mean" is still against Labour at this point.

* Scottish specific Polling is monitored by the model to estimate seats that the SNP run in.
http://ukelectiontrend.blogspot.co.uk/2014/10/this-halloween-polls-made-scary-reading.html
at 15:52